2 Unstoppable Stocks That Will Leave Dogecoin in the Dirt

If you feel like you’re missing out on the cryptocurrency craze that drove Dogecoin (CRYPTO:DOGE) to dizzying heights recently, you’re not alone. Investors who held the cryptocurrency in their wallets for the 12-month period that ended May 6 saw the value of each token rocket 24,600% higher.

Elon Musk’s endorsements of Dogecoin drove its price through the roof this spring. Those who bought it in May, though, have already lost money — and some have lost a lot of it. Musk admitted Dogecoin was “a hustle” during a mock interview on Saturday Night Live on May 8. Since then, its value has fallen by 40% as investors think twice about pouring money into a deeply flawed cryptocurrency.

Buying stocks and holding them for years is usually a far less exciting endeavor than trading in crypto — but it’s still the most reliable way to grow your wealth.

If you hold shares of a profitable business long enough, you will come out ahead almost every time. For example, Amazon (NASDAQ:AMZN) and Pfizer (NYSE:PFE) are poised to earn a great deal more for their shareholders year after year. These unstoppable stocks are subject to market volatility too, of course, but it will take more than a joke on late-night television to pull the rug out from under them. That’s because they are backed by businesses that produce real earnings, which a cryptocurrency will never provide.

It isn’t unusual for investors to view Amazon’s dominance in the U.S. e-commerce arena and its massive scale as signs that its cash flows can’t get much bigger. The company’s performance in the first quarter, though, suggests the opposite.

For the quarter, Amazon reported net income that more than tripled year over year to $15.79 per share. It wasn’t just a short-term spike, either. Cash from operations over the past 12 months rose 70% year over year to $67.2 billion.

Prime Video, the streaming service available to Amazon Prime’s more than 200 million paying members, is stickier than ever. Overall, Prime members spent 70% more time watching video on the service during the 12-month period that ended March 2021 than during the prior-year period.

The video-streaming service is about to make Prime memberships even harder to let go of. In the first quarter, Amazon signed a 10-year deal with the NFL to become the exclusive home of Thursday Night Football. And this month, it struck a deal to acquire MGM Studios and its film and television catalog of more than 4,000 titles for $8.5 billion.

It’s been a long time since Amazon’s been just an online bookstore, but its next expansion could be its biggest one yet. In March, the company began rolling out Amazon Care to its U.S. employees, and plans to expand it this summer to other domestic employers interested in providing telehealth services to their own employees. 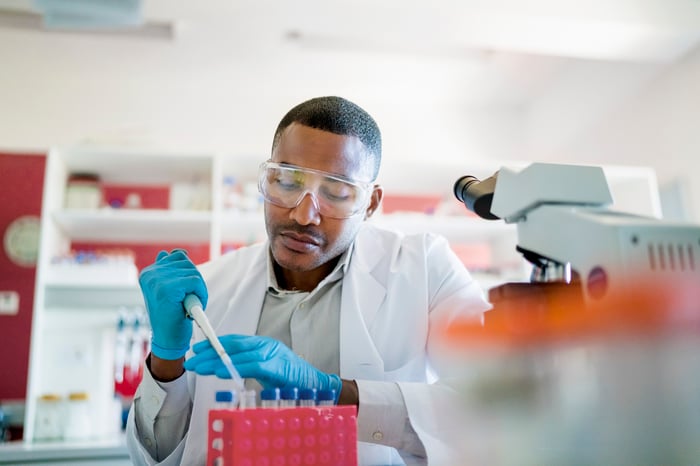 Pfizer’s patent-protected drugs drive profits that it hands back to investors in the form of quarterly dividends, and it keeps raising them year after year. In November, the pharmaceutical giant cleared out a lot of the baggage that was holding back its growth when it spun off its Upjohn unit, which housed its post-exclusivity portfolio. That entity immediately merged with generic drug giant Mylan to create a new public company, Viatris.

With high-margin revenue from innovative medicines like the COVID-19 vaccine that it developed in partnership with BioNTech, Pfizer can rapidly expand its bottom line over the long run. Shareholders can also look forward to a rising dividend that offers a 4% yield at recent prices.

There’s no guarantee that investors won’t hammer Pfizer’s stock price for one insignificant reason or another. Knowing you’ll get dividend payments that have been rising each year for more than a decade, though, will make it easier to relax during short-term share price fluctuations.

In May, Pfizer told investors adjusted earnings would reach about $3.60 per share in 2021. That’s about 14% more than the company was guiding for just three months earlier, and this figure could climb even higher.

Pfizer submitted a biologics license application to the FDA for its COVID-19 vaccine on May 7, and it’s still the first company to cross this hurdle. The emergency use authorizations that allow Moderna (NASDAQ:MRNA) and Johnson & Johnson (NYSE:JNJ) to sell their vaccines are temporary and contingent upon the lack of approved alternatives.

On May 25, the FDA reminded vaccine developers it can decline to review new emergency use authorizations. Drugmakers that have already engaged the agency during the development of their manufacturing process and clinical trials program will probably still be allowed through the door, but all others will need to go through the regular approval process.

Stay cool out there

It’s hard to watch newly minted Dogecoin millionaires flaunt their winnings without feeling an urge to try gambling on cryptocurrencies yourself. Making relatively safe bets on stocks with huge upsides, like Pfizer and Amazon, won’t completely cure your fear of missing out, but it will boost your chance to achieve gains you can be happy about over the long term.