Dogecoin survives volatility and remains on track to $0.35

Dogecoin (DOGE) has had its purification after the correction on August 24. Price dipped below $0.30 and fell into a distribution phase where sellers booked profits around $0.27. That level fell in line with the monthly R1 resistance level in August and is the current pivot level for this month.

XRP gains momentum, analysts expect the token to skyrocket to $3

XRP trading resumes on Rakuten’s exchange on September 8. SEC to deny motion to reveal employees’ XRP holdings, stating that it is irrelevant to the case. Analysts have predicted a massive surge in volatility and expect the altcoin to hit $3 in ongoing rally.

SafeMoon (SAFEMOON) has been in a sweet spot since August 20. The downward pressure on SafeMoon was constantly present since May. Buyers finally could find enough momentum and volume to run up prices again. Buyers already tried on August 7 but got quickly pushed out of their position the day after as price action was paired in full. 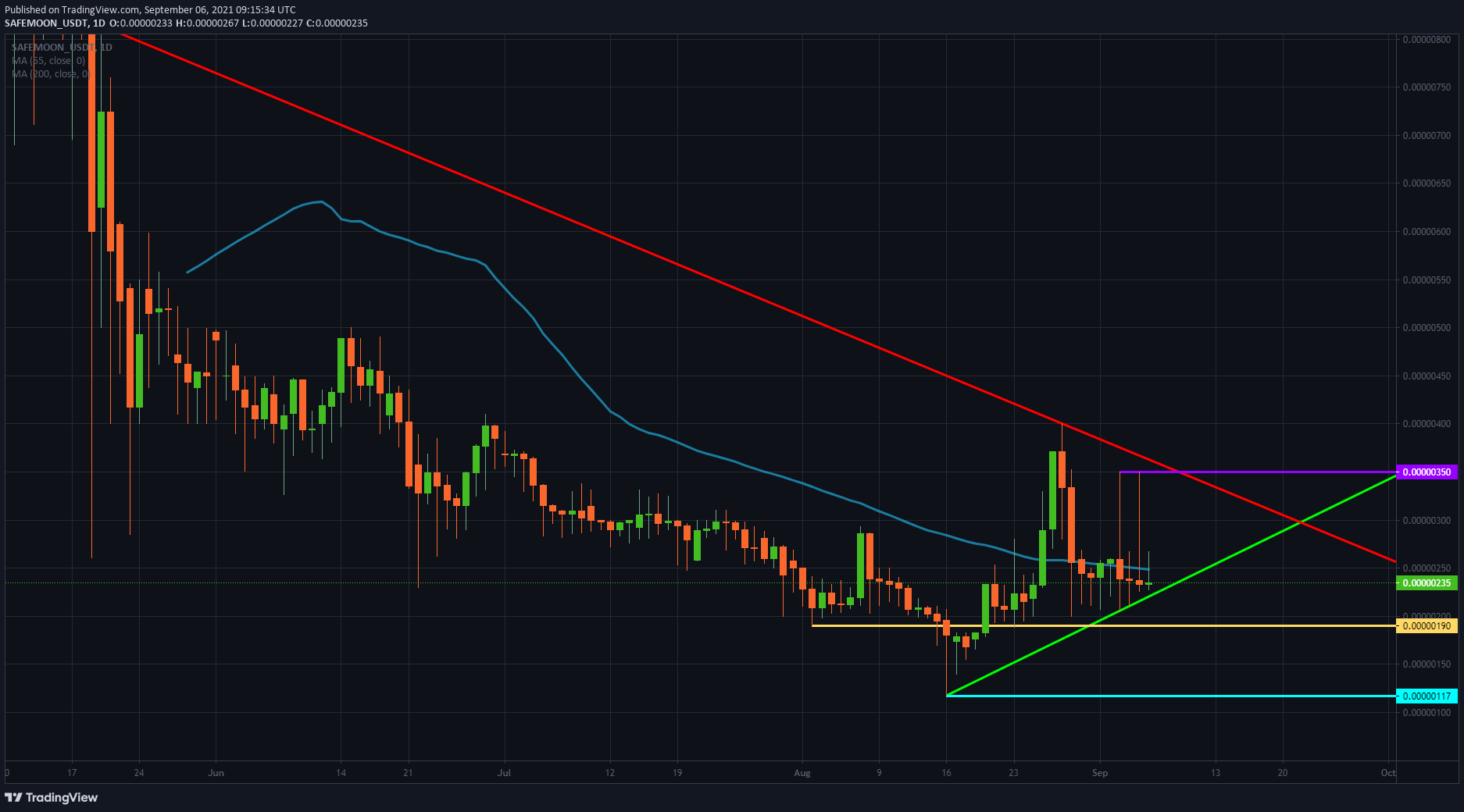