An important first for Ethereum, ETH had a deflationary day for the first time in its history yesterday. After EIP 1559, which was activated last month in Ethereum, the number of ETH burned surpassed the number of new ETH generated through mining rewards.

A total of 13,838 ETH was burned yesterday. At the current price, this amount corresponds to $55 million. ETHs burned were over 2 percent of the new ETHs (13,507) released yesterday. 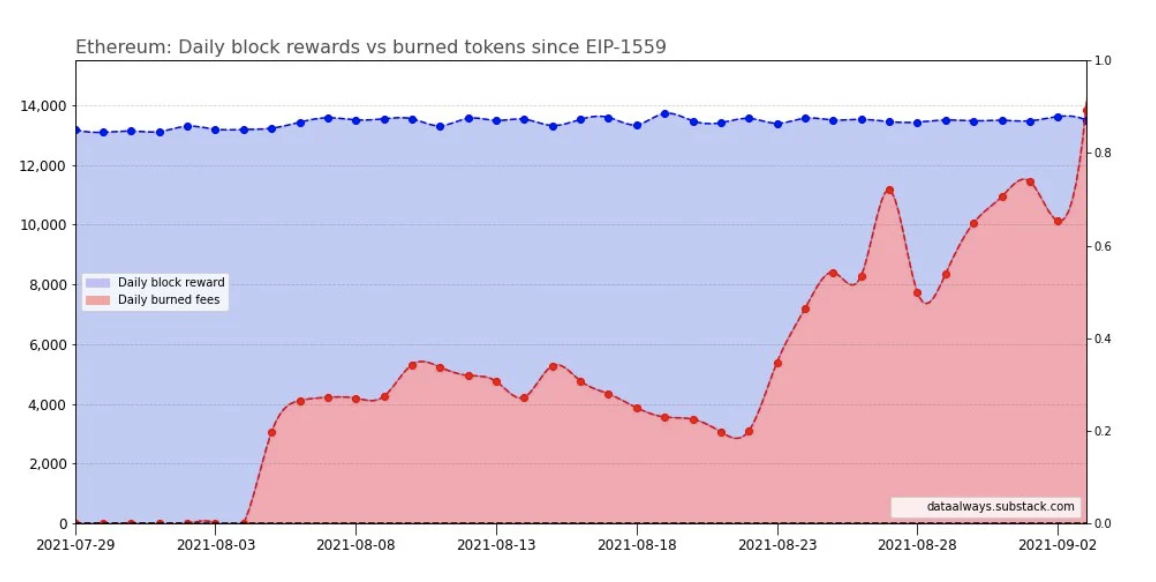 Cryptocurrency burning is a mechanism used to reduce supply. Burning, on the other hand, refers to the elimination of crypto money so that it cannot be circulated again. Cryptocurrencies are being moved to a wallet that no one controls and cannot control. In Ethereum, this mechanism was also activated under EIP 1559 during the London update.

For ETH, September 3 is recorded as the first deflationary day in its history, meaning the asset is fully deflationary. The total ETH burned after EIP 1559 is still below the amount of ETH produced during that time. Next February, ETH can be spoken of as a purely deflationary asset, as ETH supply is expected to decline that month.

As the use of the Ethereum blockchain increases, so does the number of ETH burned. To date, the most ETH burning has occurred with transactions on the NFT platform OpenSea. While OpenSea’s share of the total was 30 thousand ETH, it was followed by ETH transfers with 16 thousand 400 ETH and decentralized exchange Uniswap with 11 thousand 500 ETH.